I was in a rural village in Yunnan province in southwest China the other Sunday. After the service, my friend Doug and I were talking with a member of the congregation – let’s call him Mr. Jou. 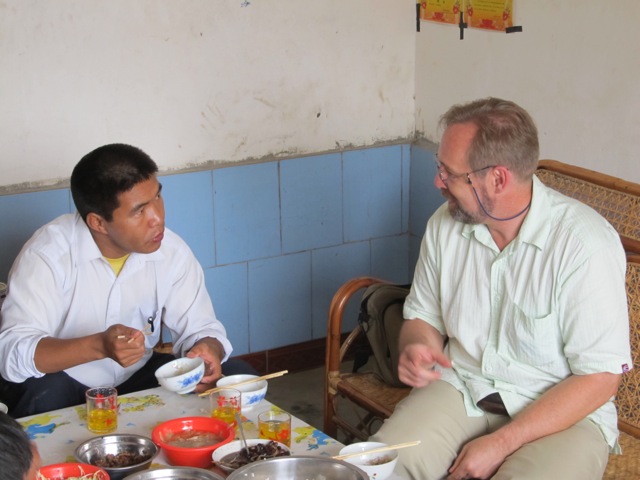 Mr. Jou told us that he is planning to move to a region about twelve hours away – still in Yunnan province – and be a missionary among the Han people there. Mr. Jou is Lisu, one of China’s ethnic minorities and the Han are the dominant ethnicity in China. For Mr. Jou, the Han are an “unreached people” and he is motivated by the Great Commission to go live among them. He is currently figuring out how he’ll support himself there. Whatever he works out, it’ll be a maximum of, say, $4,000 to support him and his family per year.

What is so striking to me about Mr. Jou, though, is how much sense it makes. He speaks Mandarin already; he knows the culture; he’s a lot cheaper to support than a western missionary overseas.

The other thing that struck me about Mr. Jou is how it shows that Gospel is out of our hands. By “our,” I mean the white, educated, westerners like me who have, for the last few centuries, thought we controlled the church, the message of the Bible, and maybe even God.

But that’s not how the Gospel works. It has a life of its own.