Another day, another truly outrageous decision from the Trump administration: all citizens from seven countries and all refugees are to be banned from entering the United States. It’s easy to find reasons to be outraged: theological, practical, national.

Yet somehow, none of this feels sufficient. It feeds my outrage but it does frustratingly little in the real world. I can’t turn up at JFK airport and protest. I’m not a lawyer and I can’t file a suit to reverse the decision. When confronted with such a great injustice, how are we to respond? 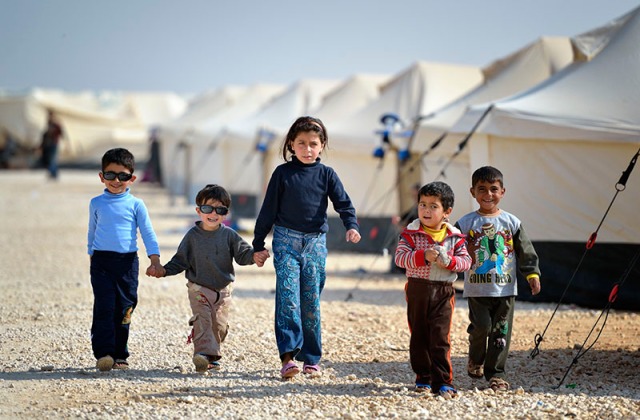 I’ve been thinking this week about my 7-year-old niece. Sometime last fall, the news about Syrian refugees combined with the rhetoric of the presidential campaign became so uncomfortable and upsetting to her that she decided she wanted to do something. So she told her parents, “Can we have a clothes drive to help refugees?” Her parents did a little research on this and decided that the refugees who had been resettled into their (red) state were well clothed. Shipping clothes to a place like Greece or Turkey was an inefficient use of resources.

So my niece had another idea: “Can we make friends with some refugees?” It turned out that not far away from their house lives a refugee family from Congo. It took a little doing and some awkwardness, but pretty soon my niece and her parents started getting to know this family. They learned about some of the challenges they’re facing: the father’s working hours place a burden on the mother and children; they struggle to stay in touch with family members back home; the children need help in school.

I’m not sure how much of this my niece has processed. From what she tell us, it sounds like she mostly just enjoys having some new friends. Once a week, on the way home from school, she spends time playing with them at their house. It’s a young relationship: who knows how it will develop?

I think my niece is on to something. To live in our political moment is to be bathed in outrage. Fine. There are lots of things to be outraged about. But the best way to challenge the the Trump administration is challenge it in our actions. As my niece shows, those actions don’t have to be heroic or extraordinary. They can be as simply as modestly altering our weekly schedule to incorporate a new activity.

Think about what it means to say, “Can we make friends with refugees?” It means that refugees have value, that they enrich our lives, and that they are welcome in her community. It takes a step further than a clothes drive: it involves her life in theirs and theirs in hers. Simply by existing, the relationship she has with this family challenges Trump’s impoverished moral calculus. There’s no executive order he can sign to ban it.

I think she’s on to something.