Three years ago today, I was in Juba, South Sudan for the birth of the world’s newest nation. After decades of civil war, South Sudan broke away from Sudan under the terms of a negotiated peace settlement. 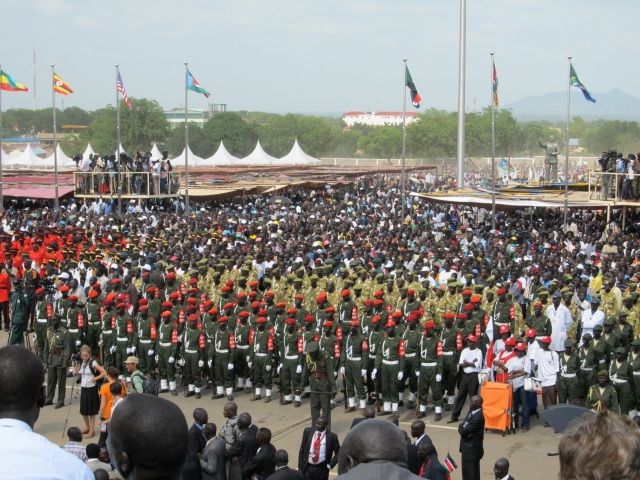 It was an overwhelming day. I remember walking out to the site of the celebrations around 6.30 in the morning. The streets were full of people with an eager energy. At the site itself, there were crowds and crowds of people dancing and singing and celebrating—including some Anglican priests. 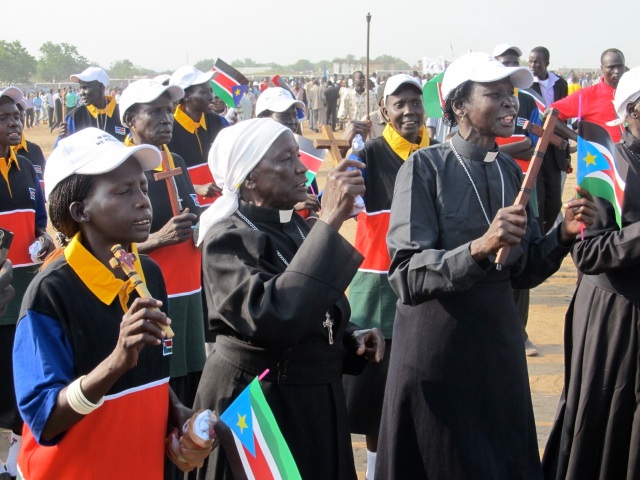 (I’ve been posting more photos from three years on my Twitter feed this morning.)

There was this powerful sense of hope for the future, that at last, after so much war, South Sudanese would be able to set their own course. I remember speaking to one bishop who was near tears as he told me, “I know so many people who did not live to see this day.” Every word he met in a profoundly literal sense. There was a sense of obligation to those who had died to craft this new future together.

As I recall, the actual events surrounding independence were rather banal. They began late, the speeches lasted too long, the sound system didn’t work so well, the crowds began to get impatient, and the jaded foreign correspondents started smoking. It was hot, of course, and for those of us out in the cheap seats, it was not always terrible comfortable.

As I walked away that afternoon to write a story about the event, I remember holding these two contrasting emotions together: on the one hand, the sheer joy and expectation; on the other, the banality and mundanity of any major event. Independence was something special and unique, of course, but it was also something that took place fully within the context of daily life and was shaped by that context of lateness and verbosity.

In the three years since independence, the news from South Sudan has not often been good. A dispute between South Sudan and Sudan led to a shut-down of oil production. The health and welfare indicators in the country continue to be among the worst in the world. Most significantly, since December of last year parts of the country have been embroiled in a metastasising civil war.

It is hard, in reading about South Sudan, to think back to that sense of hope and expectation which was so strong three years ago. And I wonder if that’s not because we haven’t also lost sight of that second emotion, the sheer banality of everyday life. In all of the big plans for the future and big discussions about the political future of the country, it is easy to lose sight of the daily existence of so many South Sudanese.

So I am grateful on this third anniversary of South Sudan’s independence for the continued work of the church—in its work for peace and reconciliation at a local, grassroots level; in its commitment to delivering aid and assistance to the displaced across the country; and in the hope it embodies for a new future for the country. The work of building a new country is long and arduous. It is when the focus is placed on the concrete, day-to-day lives of the millions of South Sudanese who yearn for peace and opportunity that the country begins to move forward.

One thought on “South Sudan, three years on”