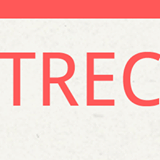 Two years ago, the General Convention of the Episcopal Church passed—unanimously!—a resolution to establish a “super-committee” to propose changes to the structure of the church. There was so much enthusiasm about the idea the passage of the resolution that at one point it was greeted with song.

At the time, I wrote:

The way ahead for this super committee is hugely difficult. Committee members…have to learn the ins and outs of the current governance structure to figure out what to change or whether and how to start over. They’ll need to think and dream about what is needed from a national church structure in the twenty-first century. And they have to do all this (and much more) in just under two years, with uncertain staff support and while all of them have jobs and lives elsewhere that are competing for their attention.

At the same time, the hundreds of deputies who passed this resolution will be headed home. The enthusiasm will naturally dissipate as they re-engage with the work of ministry in their local contexts. When actual changes begin to be proposed, there will no doubt be stout opposition from defenders of the status quo.

Some of those predictions now seem to be coming true. The energy of that unanimous resolution seems to have rapidly dissipated. The super-committee, now acronymized as TREC, has gone about its work, issuing letters and now beginning to unveil its proposals. The most recent effort is a letter this week laying out in broad detail some of what it hopes it can accomplish.

I don’t claim to be knowledgeable about the ins-and-outs of the workings of the governance of the Episcopal Church and I think there is more thought and energy behind these letters than TREC is often given credit for. Lots of other people have written about TREC. I am no expert. But I do care about the future of the church so, in the spirit of continuing the conversation, here are three points I haven’t seen elsewhere and that I think could usefully broaden some of TREC’s proposals.

Separate the ministry of primacy from the governance of the church. In the Church of England, Lambeth Palace (the home of the archbishop of Canterbury) and Church House (the home of the executive functions of the church) are on opposite banks of the Thames River. Other provinces of the Anglican Communion might combine these functions in the same building but still make a distinction between the primate and the organs that are needed for the functioning of the church. This is not to say that there is not cross-over and staff jointly appointed but I think the Episcopal Church needs a clearer separation then we currently have.

On the one hand, it would allow the church to think about what we want out of a presiding bishop—a prayerful leader, a charismatic prophet, or a gifted administrator; a free-ranging bishop without a diocese or a senior diocesan bishop—and allow him or her to shape the office to his or her gifts, rather than imposing certain (onerous) governance requirements up front. On the other, it would also allow the church to think clearly about what we want (and can afford) a central church office to do, independent of the aims and agendas of any particular individual. It would also address concerns about democracy in church governance.

Sure, separating the presiding bishop and church governance is messy—the relationship between Church House and Lambeth Palace is not always easy—but it means there’s no overwhelming centre of power in one person. The head of the central church governance—call him or her the provincial secretary, as so many other Anglican provinces do—could come from any order of ministry and be hired in such a way that the presiding bishop has a voice but not the only one.

Separate the work of governance from evangelism and mission. Earlier this year, I spoke at the Diocese of Connecticut’s annual mission conference. I’m pretty sure that not a single member of Connecticut’s General Convention delegation was there. I don’t say that to fault them or pick on anyone. Saturdays are busy days for every one. I simply want to point out that the evangelists and missionaries in a church are not always the people who feel called to the work of church governance. This is pure body of Christ theology here. Gifts are distributed differently.

The TREC letter, building on ideas previously proposed by member Dwight Zscheile, calls for the convening of a churchwide “missionary convocation” in tandem with or possibly in place of a General Convention. I’m just not convinced that this works. The people who are elected as General Convention delegates—largely those with experience, who can take time off during the summer, have few child-care needs, etc., etc.—are not necessarily the same people who could make a missionary convocation a truly thriving event. Again, this is not a criticism. We need governance. We need resources for evangelism and mission. Those are not the same thing.  (True, sometimes there is overlap.)

I’m all in favour of a both/and event—governance and mission/evangelism convocation at the same time—but some dioceses have a hard enough time sending a full deputation as it is. Part of the reality that TREC is dealing with is that the church is no longer in a both/and situation. Instead of beginning with a churchwide missionary convocation, I’d like to see more focused, regional events, whether those organized by congregations/dioceses/provinces or those by para-church organizations, such as the really successful series of conferences organized by the Global Episcopal Mission Network in recent years.

Listen to other churches. To date, I don’t see any acknowledgement in the TREC material that they have studied parallel process of re-structuring that are taking place or have taken place elsewhere. The United Methodists have debated similar issues in recent years, as has, in the Anglican Communion, the Church in Wales, which issued an incisive report (from a committee of three) not long after TREC was created. I have written about—and critiqued—that report in other places. But I always remember one comment in it:

A number of people have said to us that the Church in Wales is still characterised by a culture of deference and dependence…. What this means in practice is that people look to the Bishops and clergy to take initiatives and it has been suggested to us that nothing much happens without this. (p. 6)

Beyond issues of structure, there are issues of culture that the Episcopal Church is going to have to tackle as it moves into a new future. Aside from whatever canonical and constitutional proposals it will make, I think the most important legacy of TREC—as it hints in this recent letter—may well be the areas it highlights for further conversation in the church: number of dioceses, formation for ministry, etc. Among those, I hope, are issues of the culture of the church and how it conditions our work. It is these conversations—already happening all over the church—that will do much to determine how we move into the future to which God is calling us.

TREC is inviting dialogue with church members. I’ll be sending these thoughts to them at reimaginetec@gmail.com. I hope you engage with them as well.

2 thoughts on “The TREC rubber hits the TEC road”