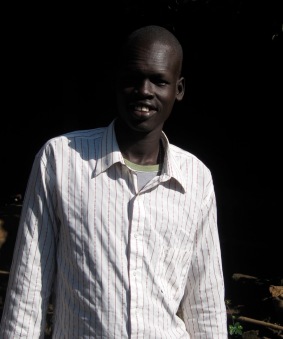 In 2010, I first went to Bishop Gwynne College, an Anglican theological college in Juba, South Sudan. Among the many students I met was Simon Wal Geng, a bright, funny, and hard-working student. Unusually for a member of the Episcopal Church of the Sudan, Simon was a Nuer and part of a small minority at the college. Nonetheless, he made many friends. I remember the way he engaged in the classroom and in conversation, whether that was when we talked about the ways in which our churches were different or when he was learning about agriculture in the college’s model garden. I remember how he liked to joke and to laugh but also was serious about his studies and knew the opportunity that had been afforded him by being able to study at Bishop Gwynne. I later learned that the college administrators had taken a chance on him in letting him enroll on the introductory foundation year. His past academic performance  was not terribly stellar. Through his enthusiasm and his commitment, he succeeded and eventually transferred into the diploma program from which he in time graduated.

Last July, I learned that Simon had been shot and killed in the violence of South Sudan’s ongoing civil war. He had returned to his home diocese of Akobo and was arranging local meetings for peace (something that grassroots church leaders in South Sudan have a lot of experience with) and it was then that the fatal shooting occurred. As with many deaths during this civil war, the details are sketchy but the outcome is not. Simon’s death is but one of many senseless deaths and one that makes peace that much harder to achieve.

Pope Francis has designated this Friday, February 23, as a special day of prayer and fasting for the people of South Sudan and the Democratic Republic of the Congo. Many Anglican leaders have joined this call as well. When I think about the scale of violence in these countries and in the world, it is hard not to feel overwhelmed and discouraged. When I think about the senselessness of a death like Simon’s, I grieve at the potential futures that are lost because of it. Prayer and fasting, in lament, from a place of pain and grief, are a wholly appropriate response.

But as a Christian I also know that it is in death that God in Christ works God’s great power to save. So I pray as well that Simon’s death and the deaths of so many tens of thousands of others become places in which the people of South Sudan and the DRC may see God’s reconciling grace working in new ways.

One thought on “Praying, Fasting, and Remembering in South Sudan”