During the orientation in August, I won a karaoke contest. (“Bohemian Rhapsody” and “Ice Ice Baby” since I know you’ll want to know). The prize was a sailing trip with the dean of the divinity school and I cashed that in on Sunday.

Here’s the good news: it was a gorgeous late summer day – not a cloud in sight, warm, smooth seas.

Here’s the bad news: there was no wind!

But that didn’t matter. We motored around Long Island Sound, discussing the finer points of New Testament exegesis…or something like that. It was a literal three-hour tour. That’s a lot of exegesis!

I had hunted the night before for the perfect attire to complement the trip. I even convinced the dean to wear it out on the water, resulting in what I believe is one of the finest pictures I have ever taken. 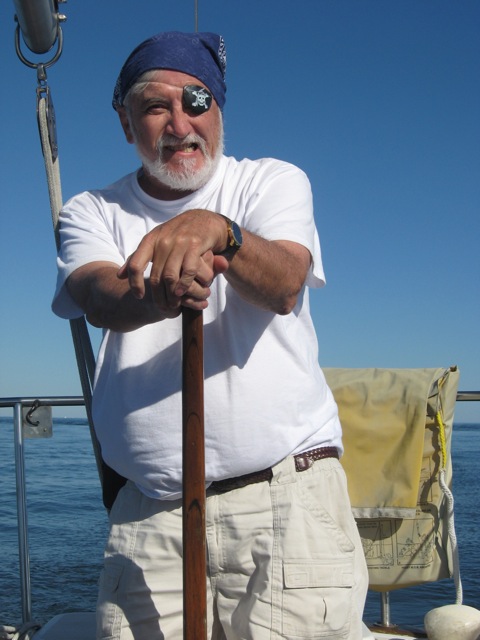 (By the way, I am intentionally not using his name in this post so that this picture won’t eventually show up on Google Images attached to him. I’m not sure what the Society of Biblical Literature would think.)

(“Ahoy, me matey – there’s the Big Apple”… or something. Actually, we sailed east not west.)

Our dean edited the HarperCollins Study Bible we use in class. My classmate who had also been triumphant at karaoke decided it would be a good idea to have him autograph the book. (After all, who else would you get to autograph your Bible?) So I take away not only the memories and the pictures but a Bible inscribed by its author, er, editor.