On Thursday, I visited a seminary in a neighbouring state about an hour drive away. In a small church connection, a friend of one of my Yale professors teaches there and he happily welcomed me.

He was particularly intent on having me hold a “forum” with the students. But as it was the day before graduation, they proved difficult to round up. Their wives, however, who had come to the seminary for a week-long, pre-graduation training on how to be a clergy wife, were happy to see me. (The church of Nigeria ordains woman as permanent deacons but not priests, though several people I’ve spoken with expect that to change in the not-too-distant future.) I got handed a microphone in front of a chapel-full of women and told to start talking.

I asked about them and about what sort of challenges they expect to face when their husbands go into ministry. At first, everyone was quiet, likely because they are not used to having guest speakers who ask them questions. But once one person broke the ice, everyone had something to say. Challenges included not having enough money, interacting with older women in the church (many of the women are quite young), dealing with syncretistic faiths and cults, and many others. 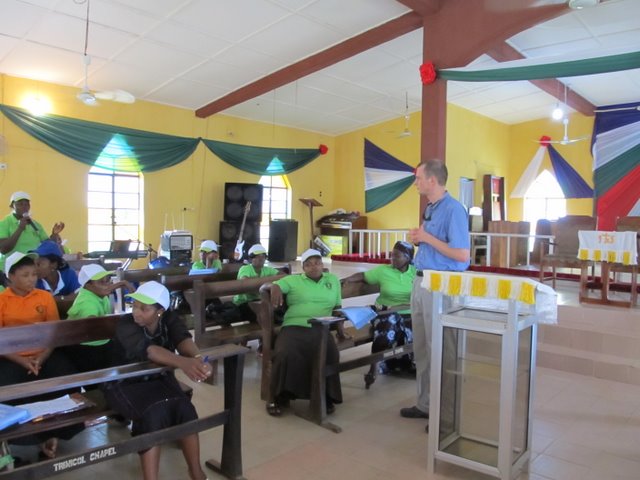 (Usually, they looked a little more interested than this.)

I gave a bit of my spiel on unity and everyone seemed to agree unity was important. Then I noted that, in fact, we Anglicans are having trouble with unity. Everyone knew about the “gay issue” but I asked them if they knew anything else about the American church. “Some of your priests smoke!” “Your women do not wear anything on their heads and they can wear trousers!”

I talked about how at my seminary I have classmates who are gay and that they tell me – and I believe them – that God has created them to be this way. As I was saying this, I heard a few voices say, “Not true” or “Not possible” or “No, no, no.” I had clearly opened a can of worms and everyone wanted to say something. Basically, they wanted to tell me – over and over again – that homosexuality was condemned by the Bible. One woman wanted to know if I was gay. (Later, my professor’s friend told me that there are two sides to the issue in Nigeria – you are either opposed to homosexuality or you are homosexual yourself. The idea that someone could defend homosexuality without being gay himself does not seem to be known.)

I won’t say that the conversation was hostile because it wasn’t but it also wasn’t exactly fun and friendly, in the way that similar conversations I had last summer in Sudan were. I immediately realized why – I had no relationship with these women. They didn’t know me and I didn’t know them. I had just dropped in and started talking and the conversation had turned to serious topics pretty quickly. Not a good way to broach difficult subjects. Relationships matter.

As it was, we were soon out of time. I wrapped up the conversation by insisting I wasn’t trying to change anyone’s mind on whether homosexuality is acceptable but I did want to say that I thought we could disagree on this question and still have unity. After all, Christians disagree on plenty of other questions. There were some definitely negative looks when I said this, like it wouldn’t be possible but others that seemed more welcoming of the idea.

And it didn’t prevent them all from gathering for a picture, at their instigation, not mine. 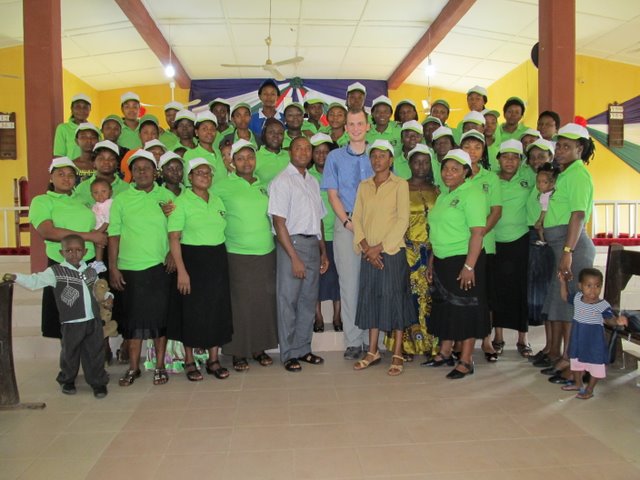 The library at the seminary probably has 1500 or 2000 books, which is not all that bad. But almost all of them are more than 25 years old. Given where theology was 25 years ago, is it any wonder that we are having such severe disagreements over sexuality-related (and other) issues?

One thought on “Wives”