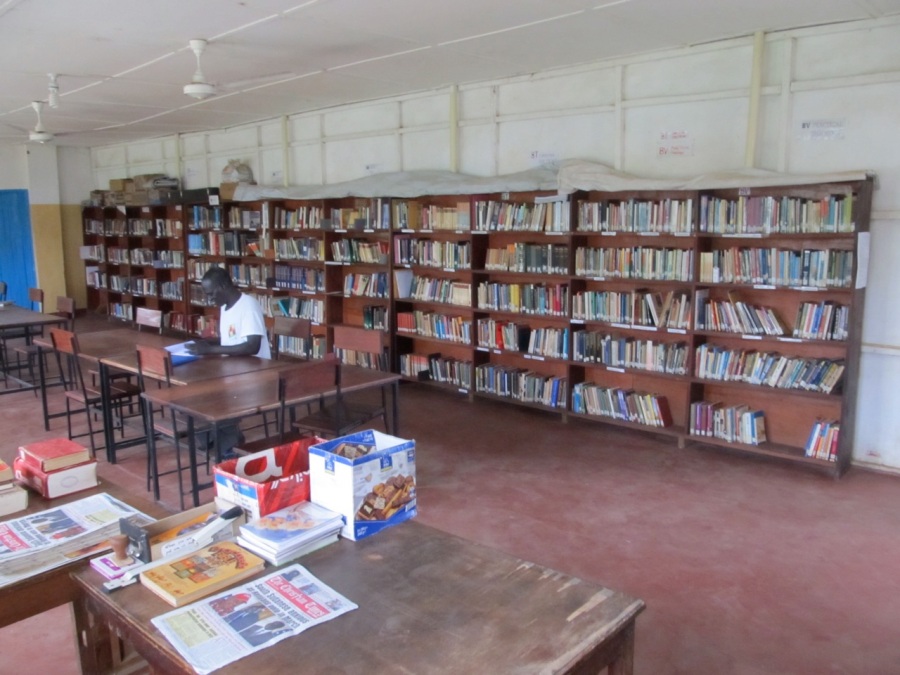 Almost exactly three years ago, I first came to Bishop Gwynne Theological College, the leading seminary of the Episcopal Church of the Sudan. I came as a student, to learn about what ministerial preparation was like in a different part of the Anglican Communion. It was my introduction to the country that became South Sudan, and I’ve been coming back in a variety of forms—theological educator, relief-trip accompanier, doctoral dissertation researcher—ever since.

When I first visited, BGC had only recently re-opened after a short closure that the church decided was necessary to reassess the quality of education being offered. There were plans for a “new site” for the college, so that it could expand over time, but on that visit all that the new site held was one long, low dormitory building, surrounded by a goat market and a machine welding shop. Most of the classes, the library, and several students’ rooms were in the “old building,” the very lovely (but way too small) courtyard the college had been given when it abruptly had to be moved to Juba in the middle of Sudan’s second civil war. That building had its own drawbacks. For instance, it lacked electricity, which makes it hard to do your homework at night.

My travels in South Sudan take me elsewhere now, but I still visit my friends at BGC. One of the delights of my recent visits has been to see the remarkable progress that the school has made. The old building is still in use, but it is primarily for faculty offices and the odd guest room. There’s solar-powered electricity—still limited, but better than nothing.

Meanwhile, the new site has been transformed. The goat market and machine welding shop are gone. In their place are some very nice dormitories and a new two-story building that when complete (soon!) will be a lecture hall and a much-expanded library. (The library will be upstairs. Why? Because less dust makes it up that high.) There are plans for an administration building to be built, as well as a chapel. 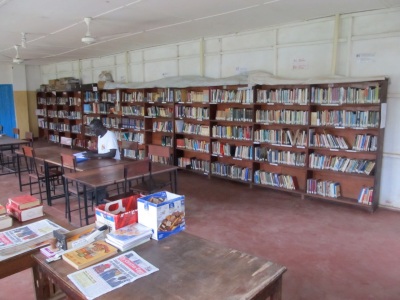 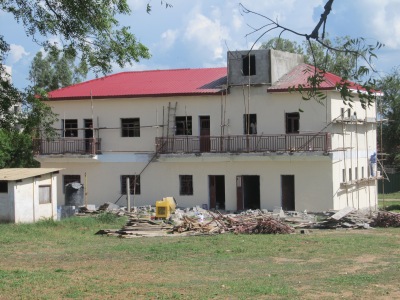 But even more impressive are the students. Later this month, about ten students who were just beginning when I was here three years ago, will graduate with diplomas granted by the well-regarded St. Paul’s University in Limuru, Kenya. One of the great strides BGC has made has been to become an accredited extension site of St. Paul’s. The diploma has greater currency to be used when applying for further study.

None of this is to say that there aren’t big challenges ahead. Tragically, the college principal, Joseph Taban, died earlier this year of brain cancer, just as he was getting a full head of steam on running the place. There’s a new administration in place which is doing a superb job, but any transition of this nature is difficult. The library resources, while good for Juba, are still very limited. There’s a wealth of material available online, of course, but for that the college would need computers, something it is hoping it might one day be able to acquire.

One story in closing: the new principal is a talented, capable, and hard-working man named Samuel Galuak. In fact, I was so impressed when I first met him that I was nearly fell out of my chair when he mentioned in passing that the first time he went to a school of any kind was when he was 19 years old and living in a refugee camp in Ethiopia. In the 25 years since, he has found his way to two separate masters degrees and a vocation to theological education. For me, he is proof that hope is a real, tangible, and concrete virtue. The arc of the universe actually does bend towards justice. (There’s a new student in this year’s intake from the Nuba Mountains in Sudan, who has spent the last several months in Yida Refugee Camp, fleeing the forgotten conflict in his home. Hope, hope, hope.)

South Sudan faces a huge number of issues, as does ECS. BGC is not immune from any of this. But every time I come here and see what has changed since I first arrived, I remember that change actually is possible. Christians are the people who keep pushing and prodding and poking and pressing the world in the direction of the kingdom of God. There are setbacks and detours along the way, some self-inflicted, but change actually does happen, and there truly is reason to hope.

BREAKING: On my last day in South Sudan, I went to Morning Prayer at BGC—and there was electricity! Perhaps municipal services in Juba are finally picking up!